Difference between revisions of "Chapter 11"

Brylcreem
Brylcreem is a hair styling oil/gel for men that was very popular. It gives hair a wet, oily look.

on the natch
"natch" is short for "natural" and "on the natch," in this context, means sober. On pg. 273, the perennially sober Bigfoot is described as a "literal-minded natch-meister."

Leuzinger High
A real high school, in Lawndale, California, which - particularly in the story's time period - was a relatively undesirable and low-priced city in the LA area.

Dr. Blatnoyd
Probably a play on the term of Russian origin, meaning a man with underworld connections or a career criminal.

Japonica Fenway
"Japonica" is just a Latinization of "Japanese," but it is most commonly used in formal Latin plant names. There are a wide variety of "____ Japonica" plants, such as the Camellia Japonica. While it's not really possible to make any universal statement about such widely varied species, they tend to be ornamental and hardy. See: Plants of Inherent Vice

Crocker Fenway
It is possible the first name is inspired by the character "Crocker Jarmon" from the movie The Candidate (1972). The character in the movie is an establishment, incumbent GOP Senator from California.

The first names of both characters may also refer to Crocker National Bank, which historically was a conservative, Republican institution. 1936 Time Magazine reference, 1986 Article.

the ancient American Indian belief that if you save somebody's life, you are responsible for them from then on, forever
Last seen in Against the Day with Foley Walker and Scarsdale Vibe.

Governor Reagan
Ronald Reagan was governor of California from 1967 to 1975.

outdoor concerts where thousands . . . public self
A good description of Woodstock, which had just taken place the previous year.

each person was listening in solitude, confinement and mutual silence
Perhaps a foreshadowing of the iPod generation?

headphones!
Here, "head" refers to drugs, as in "head shop".

They went down Pico . . . before repeating an ethnic category.
A possible nod to noted LA chowhound Johnathan Gold, who got his start as a Pulitzer Prize winning food critic eating his way across ethnic LA along Pico Blvd. Profiled here on NPR's "This American Life" (See: Act Five. Taste.) 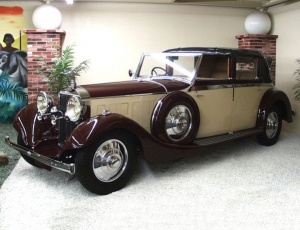