Difference between revisions of "Chapter 15"

Norma Zimmer
She performed on the Lawrence Welk show and, in the story's period, looked approximately like this (this is the cover of a 1969 album): 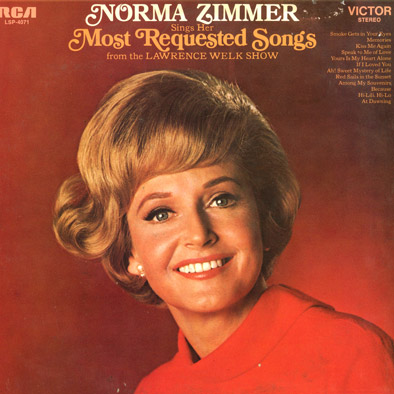 if it happened to Thomas Noguchi
Thomas Noguchi, Los Angeles' widely admired chief coroner, was fired by the LA County Board of Supervisors in 1969, and only reinstated after a month-long hearing. The firing was a cause celebre at the time, involving accusations of racial discrimination (against the Board) and of egotism, publicity-seeking, an inordinately gleeful attitude toward death (particularly celebrity death), and other personality issues (against Noguchi). In 1982, he was later demoted to Deputy Coroner in 1982 for similar reasons.

Shoot the Pier
In surfing, to "shoot the pier" is to ride a surfboard in between the pilings of a pier.

positioning the Book Review over his lap
He's hiding his erection.

as Elvis always sez, when you have such luck
Doc is quoting "All Shook Up":

My hands are shaky and my knees are weak
I can't seem to stand on my own two feet
Who do you thank when you have such luck?
I'm in love
I'm all shook up

Dig yourself
This was probably a common enough phrase, but perhaps--just maybe--there's a connection to Bob Dylan here. In Dylan's iconic video for "Subterranean Homesick Blues" (the one in which Dylan holds placards with snippets from the lyrics), there's only one card Dylan holds up that is not part of the song lyrics. It says: "Dig Yourself." See the video here. The card in question is at 1:51. (I know that that might be a stretch, but a guy can dream, can't he?)