Stone Turntable
The name is presumably intended to be a jokey reference to Rolling Stone: a stone turntable being not a rolling stone, but a rotating one.

Jurgensen's
Jurgensen's was an upscale, gourmet grocery store with locations in Beverly Hills, Pasadena, and throughout greater LA.

uncountableth
In mathematics, "uncountable" is used to describe the size of infinite sets larger than the set of natural numbers. Pynchon's use of the word here is deliberately oxymoronic. See also the reference to George Cantor further in the same paragraph.

the Boards...
As the surf band that makes it big, the Boards suggest the Beach Boys. Pynchon himself once visited the home of Brian Wilson in Beverly Hills. See Pynchon and Brian Wilson. Perhaps this chapter drew some inspiration from that visit?

Cantor's Delicatessen
Georg Cantor (1845-1918) was a German mathematician who pioneered the subject of set theory, now at the foundation of all modern mathematics. He proved that there are different sizes of infinity - for example, the set of natural numbers is smaller than the set of real numbers, though both sets are infinite. The name of the restaurant is a play on the real Canter's Deli in Los Angeles, established 1931.

Dark Shadows. . . The Collins family . . . parallel time
Dark Shadows was an innovative TV show in the late 1960's and early 70's that focuses on the Collins family. The show included many Gothic elements, including vampires, zombies, and witches. It also played with time travel and parallel universes in which the same character would be played by different actors or the same actor would play different characters.

parallel time
This paragraph may be a coded reference to Pynchon's own Against the Day and its reception. Against the Day features parallel universes/time (?) and confounded readers nation- (and world-)wide. This interpretation may be a stretch. I dunno. Bleakhaus 22:59, 9 August 2009 (PDT)

Hanon
Hanon was a 19th-century French piano teacher and composer. He's most famous for developing exercises for piano students.

The exercises, rather than the guy who wrote them, are the primary focus of the reference. These are the basic finger exercises that almost everyone who took piano played for some period, and almost everyone who has had a family member who took piano listend to over and over for seemingly endless periods. They're basically short, hurried, unmelodic scales that work up and down the keyboard without any regard for key. The more advanced exercises feature 4th- and 5th-finger repetitions and trills that are about as pleasant to listen to as a skipping record. They would sound particularly silly on a portable Farfisa, and practicing them on a Farfisa would be strange, as the instrument, unlike a piano, has soft organ keys with virtually no action.

An mp3 of Hanon's Exercise 1 played on a Farfisa (actually a synthesizer emulating a Farfisa).

Farfisa
One of the first electric keyboards/organs used in rock and roll. More here.

George Formby
George Formby, Jr. performed "Leaning on a Lamppost" (written by Noel Gay) which Herman's Hermits covered. Tyrone Slothrop, protagonist of Gravity's Rainbow is described as "sort of an American George Formby, if you can imagine such a thing."

van Houten, Leslie
b. 1949. A former member of Charles Manson's "Family" who was convicted of the murders of Leno and Rosemary LaBianca. She remains imprisoned at the California Institution for Women in Chino, San Bernadino County, California. 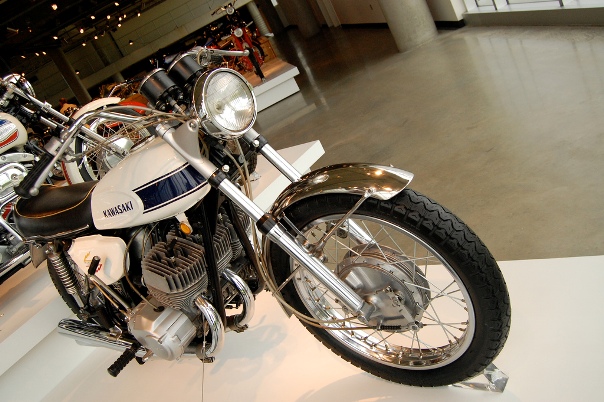 esta gente no sabe nada
Spanish for "these people know nothing."

hijo de puta
Spanish for "son of a bitch."

"Cootie food!"
What Doc means is "le coup de foudre," aka "bolt of lightning." This echos Reef's 'rounder Italian'; "Say surly topple!" he would scream..." (page 889) from Against the Day.
The English meaning, if it has one, and the explanation for Clancy Charlock's response to Doc, is unclear. It may perhaps refer to the childish fear of being infected by a sort of imaginary germ borne by the opposite sex and known as "cooties," which - possibly - makes a member of the opposite sex whom you touch "cootie food." Or, it could just be a very idiosyncratic reference to oral sex.


Another possibility is that Doc, whose French is likely weaker than his Spanish, memorized the phrase phonetically as "cootie food", since he would not have known the spelling when it was told to him. Assuming Clancy understands French, or at least this particular idiom, her reply is fairly natural.

The phrase is apparently used - at least in the South, and not commonly - to refer to unappetizing or unclean food.

Cooties is slang for crabs or lice.

Now, Voyager (1942)
from Wikipedia: Now, Voyager is a 1942 American drama film directed by Irving Rapper. The screenplay by Casey Robinson is based on the 1941 novel of the same name by Olive Higgins Prouty, who borrowed her title from a line in the Walt Whitman poem "The Untold Want," which reads in its entirety, "The untold want by life and land ne'er granted, / Now voyager sail thou forth to seek and find." Bette Davis' portrayal garnered her an Academy Award nomination, and the film continues to be popular not only due to its star power but also the "emotional crescendos" engendered in the storyline.

The film includes the line: "Oh, Jerry, don't let's ask for the moon... we have the stars."

Zubin Mehta
A famous conductor, Zubin Mehta was the Music Director of the Los Angeles Philharmonic, 1962-1978. [1]

massé shots
In billiards, a massé shot is when a player strikes a ball with the cue at a sharp angle and causes the ball to curve drastically or even eventually reverse direction. Here's an example. Some pool halls (like this one) forbid this kind of shot because it often leads to scratching or tearing of the felt.